“I was six. Mom thirty-one. Dad was gone. I never knew him. But nevermind that. It happened about twenty years ago, in 1993. I think. We lived in a very small town, where everyone knew everyone. Since mom worked a lot and dad left her when I was two, she sent me to get some groceries every once in a while. This was the last time. I guess. Not really. If I think about it. No. Not the last time.

He had followed me to the store. But I didn’t notice. Not until I realized that that shadow wasn’t a pole. He was wearing a brown trench coat. Brown hat. Sunglasses. Black scarf. Covering his mouth and nose. I thought he had the flu or something. Maybe was allergic to the sun. It wasn’t until in isle three I got scared. He kept following me. In the end, I ran. He just walked after me. I was small, not very fast. He was big. He caught up. Finally, I ran up to a girl looking like she was in her twenties examining a can of pesto. I hugged her waist. She looked startled down at me.

‘Sis! There you are!” I yelled in a shrill voice. The girl looked up and saw the weird man standing between the cereal-shelf and the honey-shelf. She played along.

The girl put down the pesto and took my hand. I saw the man slip out of view. We walked out of the store without any groceries, something I thought was weird. She led me to a white Volvo with blacked out windows. Thing looked like it could hold seven passengers. At least. She opened the car door in the front for me.

What I didn’t realize was that the cars number plates were missing. I was starting to get reluctant to go in, but thought maybe she just wanted to look real if the man came back. She helped me strap in and put the keys in the ignition. The engine growled. It started. The girl quickly skidded out of the parking lot and on to the road. I didn’t realize where we were until she turned to the freeway. Miles away from my home. I could feel droplets of sweat slowly running down my face.

‘Where are we?’ The girl didn’t answer. I was growing weary and worried. I began moving around in my seat, like a caterpillar inside its cocoon.

This went on. Maybe for half an hour.

It wasn’t until I turned around I got really scared, and I realized that I was in for something much worse than a creep at a store.” 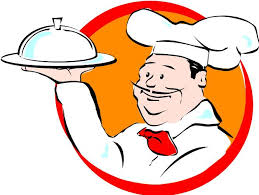